On Wednesday, May 22, 2019 at 3 AM, MAC Construction received a call from INDOT concerning a sinkhole that opened on the eastbound lanes of I-265 in Floyd County. The sinkhole was between Charlestown Road and I-65 and was initially reported on Tuesday evening by motorists as a large pothole. Further investigation revealed a sinkhole beneath the roadway, resulting in full closure of the lane by INDOT.

Immediately, INDOT recruited MAC Construction to do emergency repairs. The MAC team began arriving by 4:30 AM on the scene to begin the repair. We are proud of our MAC personnel who completed the emergency repair in a 14-hour timeframe, working tirelessly to restore the roadway. INDOT reopened the lane in Floyd County by Wednesday evening.

MAC Construction is pleased to have received this letter of appreciation from Anthony McClellan, District Deputy Commissioner from the Indiana Department of Transportation: 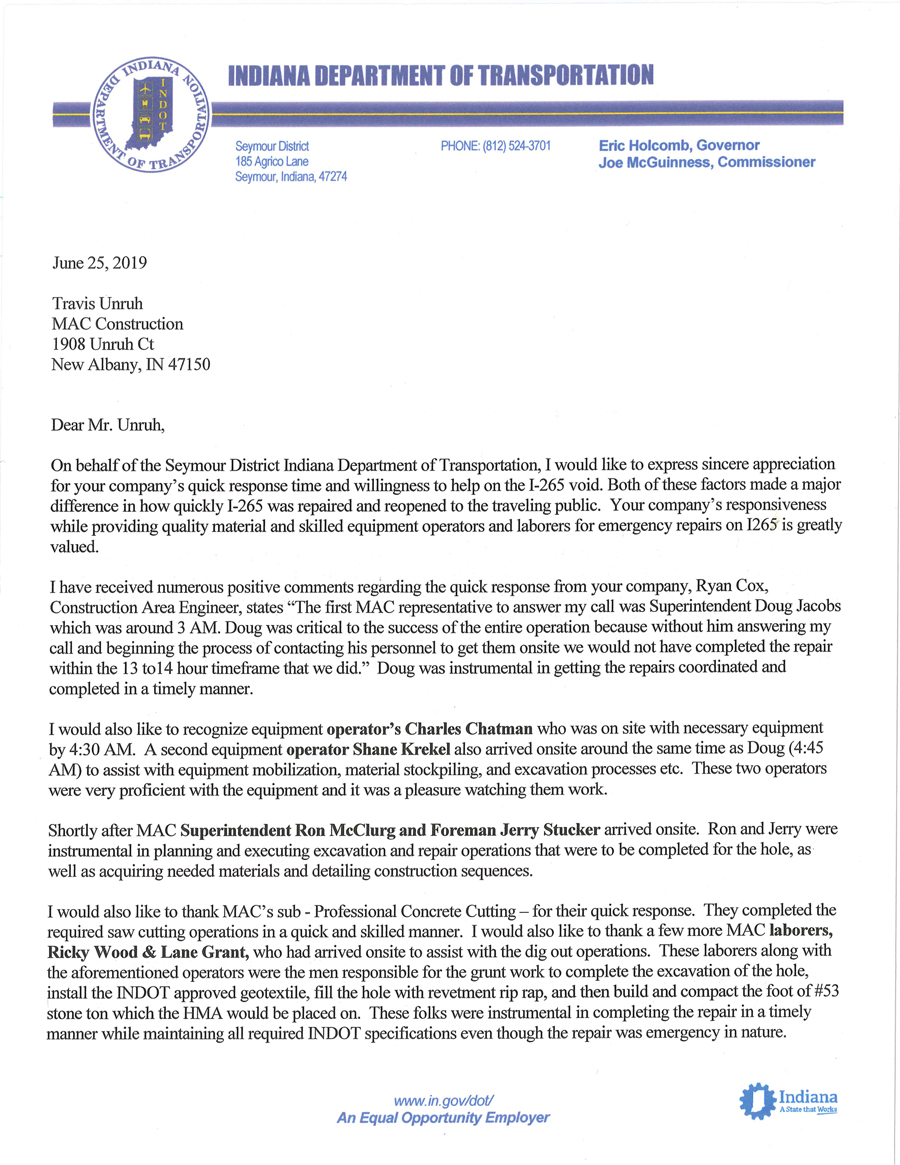 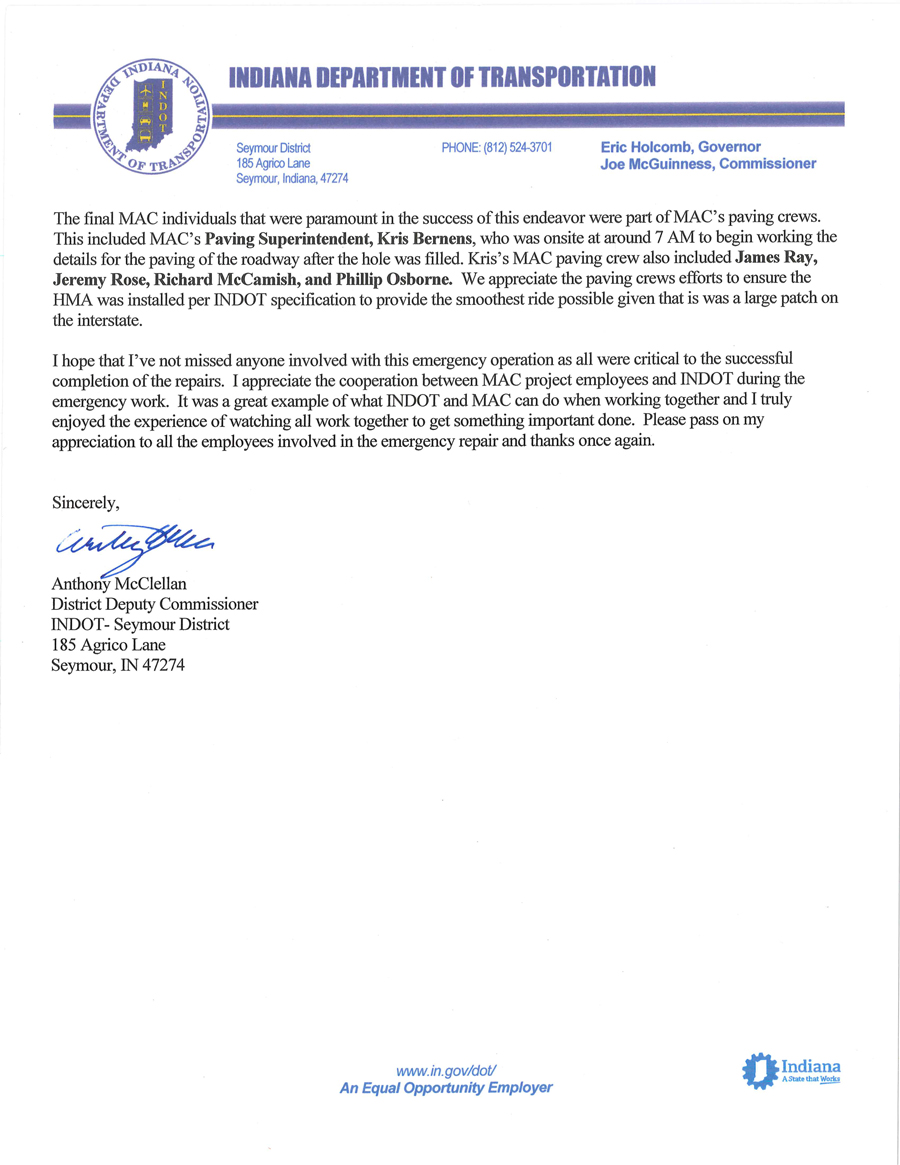